Steeped in history and culture, these two outstanding vacation destinations present magnificent settings for the ultimate luxury vacation. Austria offers a wealth of experiences and landscapes—from the vibrant and storied Vienna on the banks of the Danube, to Mozart’s home of Salzburg with its pristine mountain backdrop. Germany’s many charming villages, romantic castles, and metropolitan cities offer opportunities for exploration and adventure: Berlin, its bustling capital, marries its historical past with contemporary and innovative design, while Munich is the lively center of Bavaria featuring spirited beer gardens and some of the best brews in the world.

Whether you’re looking to sample a taste of local beer or chocolate, or settle in for an evening of heavenly music at the symphony or the opera, you’ll find the perfect vacation to suit your tastes in either of these two countries—or both! Take advantage of each country’s outstanding offerings with convenient rail schedules and Classic Vacations’ exclusive offers. Prost!

Featured Excursion: Private City Tour of Salzburg by Mercedes Description: Over the centuries the Prince Archbishops represented the worldly and clerical power in their own independent principality. Many impressive monuments still stand witness to their reign. Renowned architects and artists worked throughout the centuries to create architectural jewels.

Since the 18th century, and even today, one can hear the sound of Mozart’s Magic Flute between those historic walls. Discover the Gothic, Renaissance, and Baroque aspects of Salzburg as Mozart saw it. Featured Excursion: Sound of Music Tour by Mercedes Description: Enjoy a wonderful ride, with breathtaking views of the landscape where the opening scenes of The Sound of Music were filmed. Relax and listen to the original soundtrack. You will not only see the highlights of the film, but also the historical and architectural landmarks in the city of Vienna, as well as part of the picturesque Lake District. 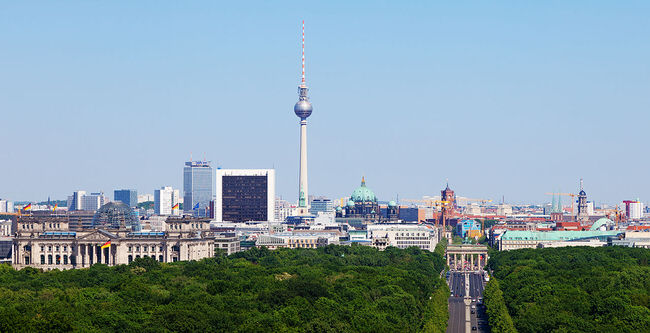 Featured Excursion: German Capital Tour by Mercedes Description: This short tour will take you to Berlin’s most important sights. Among the places you’ll visit are Unter den Linden, the Brandenburg Gate, the Kurfürstendamm, Museum Island and the Nikolai Quarter, the Gendarmenmarkt, the remains of the Berlin Wall, the Reichstag, the Kulturforum, Charlottenburg Castle, the Olympic Stadium, and more! Featured Excursion: Munich Overview Tour by Mercedes Description: Visit the old town and the quiet, airy Alter Hof, the interior courtyard of the original palace of the Wittelsbach family.

See Munich’s cathedral, the Church of Our Lady (Frauenkirche), with its two enormous towers. You will also see the Marienplatz, a square named after the gilded statue of Virgin Mary, with its 19th-century Gothic New Town Hall (Neues Rathaus) whose famous glockenspiel is rung twice a day. Pass the Italian Renaissance-style Church of St. Michael, built for the Jesuits in the late 16th century. Stroll through the victuals market (Viktualienmarkt), a daily farmer’s market in the center of the town. Visit also the Nymphenburg Palace, the Olympic Area, and BMW world.

Start with our vacation planner so we can match you with our most suitable travel advisor. We do it all for you, air, car, accommodations, tours, you name, it in a seamless luxury vacation experience you will treasure for a lifetime.
Call Travel Wizard Today
1 415 827 4981

Your personal connection to the priceless experiences in every corner of the globe!